Tarja announces reissue of her winter album “From Spirits and Ghosts (Score for a Dark Christmas)” on November 6th, 2020 on earMusic 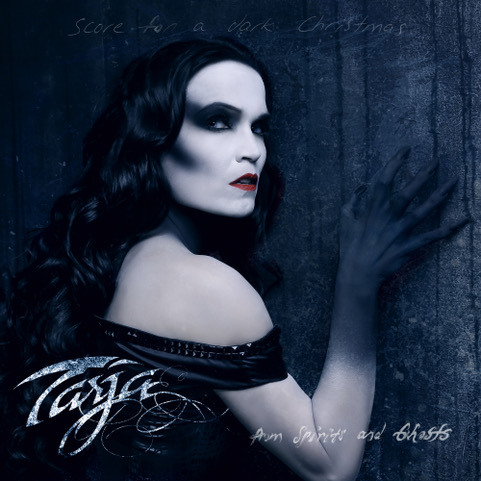 Once again, Tarja is bringing the festive season early with the reissue of her highly acclaimed Christmas album “From Spirits and Ghosts (Score for a dark Christmas)” on November 6.

Get ready for an extra dark Christmas this year!

Once more Tarja brings the Christmas songs to a never before seen level, uniquely blending her classically trained voice with darker gothic influences.

Utilizing the sound of a grand orchestra, the most successful Finnish solo artist puts a sinister spin on traditional songs.

The 2020 edition of this festive album adds even more to the perfect dark Christmas spirits. Further to the additional studio recordings, the reissue comes with the previously unreleased live album “Christmas Together: Live at Olomouc and Hradec Králové 2019”. With this first ever Christmas live album, Tarja takes her fans back to an atmospheric celebration and invites them to be a part of her always successful Christmas tours.

Tarja about the album: “On this album, I explored the other side of Christmas. The Christmas of the lonely people and the missing ones. The Christmas for those that do not find joy in the blinking lights and the jingle bells.”

8. Have Yourself a Merry Little Christmas

12. We Wish You a Merry Christmas

Christmas Together: Live at Olomouc and Hradec Králové 2019

The 2020 version of “From Spirits and Ghosts (Score for a dark Christmas)” is going to be released on November 6th, 2020 as a limited 2CD digipak. Additional to that, “Christmas Together: Live at Olomouc and Hradec Králové 2019” will be released as a limited 2LP Gatefold on November 27th, via the official Tarja shop only.

You can pre-order “From Spirits and Ghosts (Score for a dark Christmas)” here:

The album is produced by Tarja, the American Emmy Award winning film score composer Jim Dooley and British producer Tim Palmer, known for his work with Pearl Jam, U2, David Bowie, Lang Lang and The Cure among others, who also mixed the album at 62’ Studio in Texas. The album was mastered at Sterling Sound in NY City.