Singing In My Blood – the official book 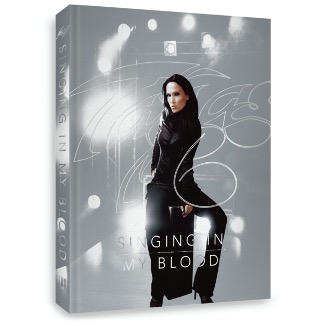 2nd November 2021; ‘Singing is in my blood. Ever since I was a little girl, I have enjoyed performing … but not being able to be on stage in 2020 I spent a lot of time looking through photo albums, seeing all those happy scenes of childhood, growing up and making music, getting to know my fans and travel the world recording and performing, having fun; those memories fill this book’.

One of Finland’s biggest singing stars and a judge in that country’s Voice of Finland TV show, world-renowned operatically trained metal singer Tarja Turunen has fans far and wide, from Rio de Janeiro to Moscow, Chihuahua, Chingford and beyond. The Finnish language version of Singing In My Blood became an instant best-seller in Finland on pre-orders alone.

Watch the unboxing of the special edition of the book here

After searching through thousands and thousands of photos of her life along with artworks, sessions, tours and more, Tarja has put down her thoughts and memories of life, music and everything in Singing In My Blood.

There are two hardback editions of this special book, which offers an intimate and behind-the-scenes look at Tarja making music in the studio, on stage and at home.

Both editions include scores of previously unseen photographs as well as contributions from some of Tarja’s closest friends and colleagues, too. 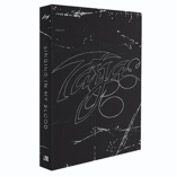 Tarja Turunen made her name as the vocalist with Nightwish (1996-2005) before launching her solo career and becoming the most widely recognised voice and star of operatic metal. She has performed operatic rock at football stadia in South America and sung opera in central European opera houses. A TV star in Finland where her albums sell in double-platinum numbers, her Christmas-themed releases have become standards of festive radio across Europe. She has achieved fame in the US, UK and Europe headlining countless Metal festivals around the world (including one in Poland attended by 500,000 people), earning gold and platinum sales awards in the process.