Tarja Turunen reached international fame as the queen of Symphonic Metal, but her deep love for classical music is also well known by her audience. Besides touring the world with her rock albums she also performs frequently classical concerts with orchestra and choir, lied concerts, and Christmas concerts. On the 3rd of August 2016 you will have the chance to witness a unique concert, a onetime-only event that will open the Wacken Open Air 2016 festival in front of only 300 handpicked fans. 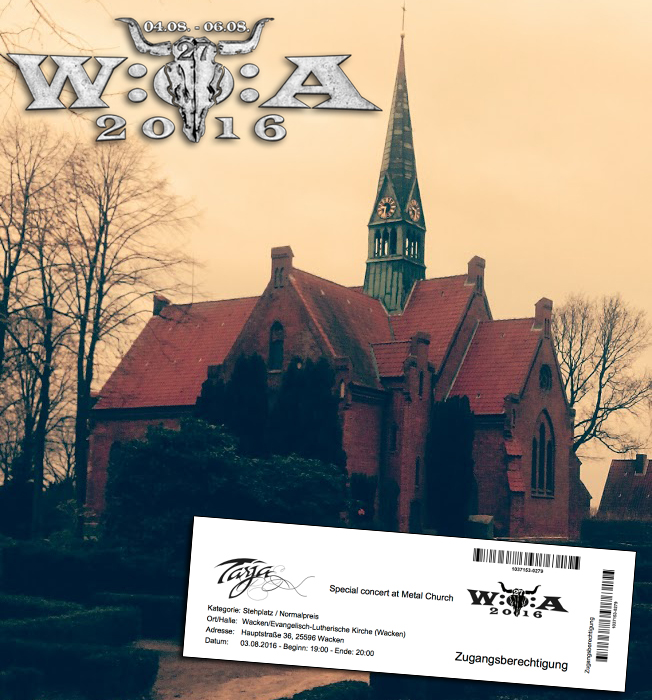 Wacken Open Air, together with Tarja, earMUSIC and Metal Hammer are pleased to present you a very special and intimate concert in the classical set of the Wacken Metal Church, where Tarja will perform together with piano, cello and violin. The program will present, among classical pieces, exclusive arrangements of songs from some of Tarja’s most loved heavy metal artists, like In Flames, Avenged Sevenfold, Linkin Park, Joe Satriani, Megadeth, Rammstein, Metallica and Slipknot.
If you are already wondering where to buy a ticket for the evening, let us surprise you once more: the entrance is for free for those that will be fast enough to reserve one of the tickets until they last. Showtime is at 7pm. No need to have a ticket for the festival to be able to join.
Just send an email to win@winterstormofficial.com with subject “Wacken 2016”, including your name and email and answering the question: “What are the titles of Tarja’s new heavy/rock albums?” If you are among the lucky winners you will be contacted by email.
Deadline to take part in the competition: Friday 22nd of July.
See you there!