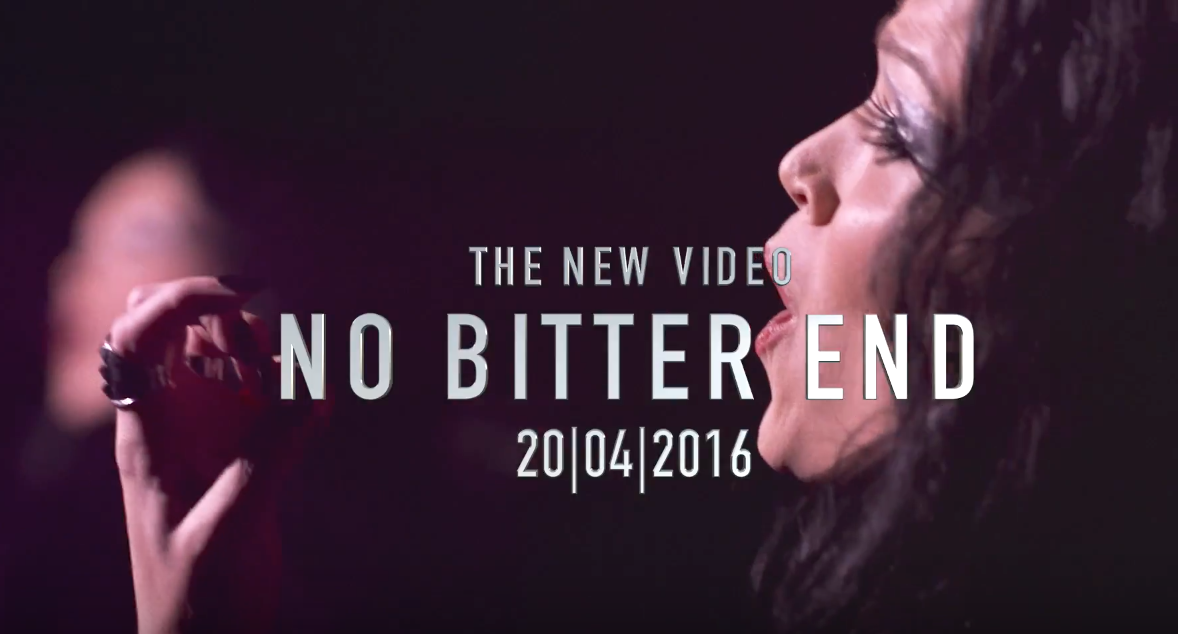 “No Bitter End”, the opening track of the prequel album “The Brightest Void”, is the first glimpse on Tarja’s new work – her heaviest to date. Surprising with massive guitar riffs, a driving beat provided by not other than Chad Smith and of course Tarja’s incredible vocals, the powerful rock tune paves the way of what is yet to come.

Shot in Nuremberg, Germany, the official music video of “No Bitter End” revolves around an energetic performance of Tarja with her rocking band and can be watched on the official album landing page www.tarja-theshadowself.com as well as on Tarja’s official youtube channel now.

“No Bitter End” is available as iTunes Instant Grat with immediate effect as part of the preorder of “The Brightest Void”: http://smarturl.it/Tarja_TBV_iTunes
“The Brightest Void”, is a prequel album with over 50 minutes of brand new music, will be released on June 3rd, 2016 as 1CD Digipak, 1LP+Download Code and Digital. It will sweeten the wait until the release of the new studio album “The Shadow Self”, to be released on August 5th, 2016 in various formats, including 1CD Digipak, Special Edition CD+DVD and Digital with further formats to be announced soon.

Both albums are available for preorder.