We are glad to announce the special guests to the show in Luna Park, Buenos Aires, Argentina, on November 25th, 2017!
Amaranthe and Delain! 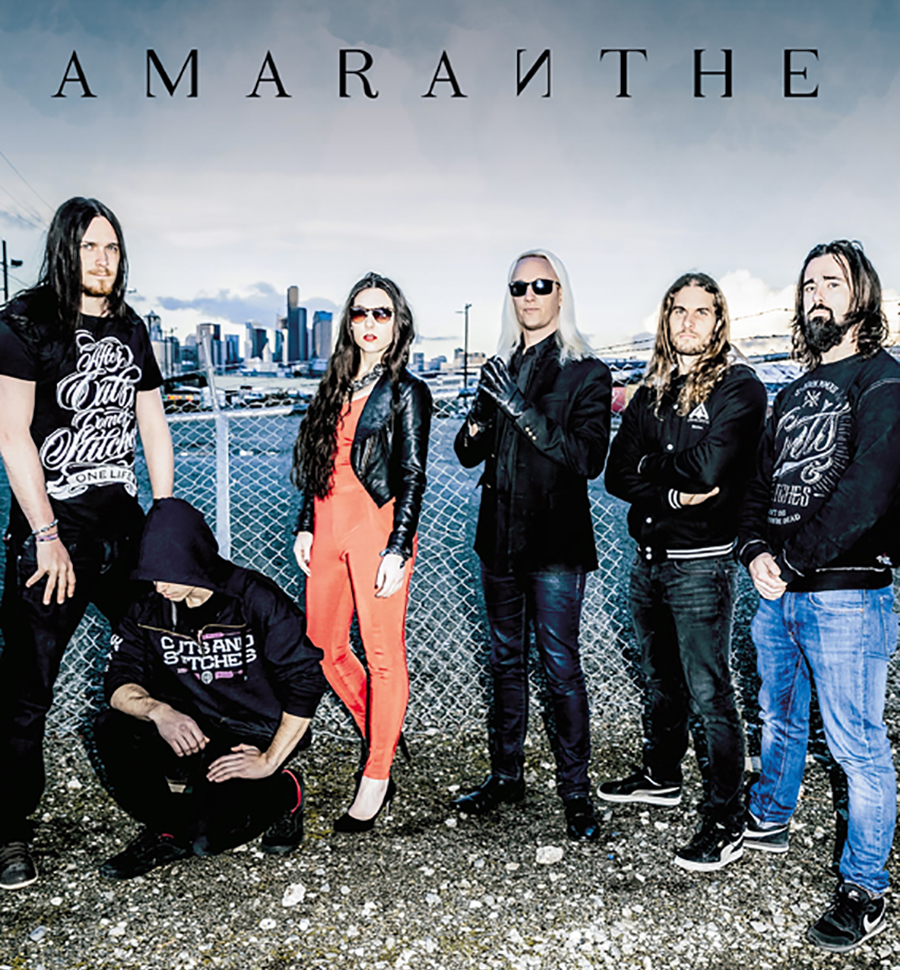 Formed as a project in 2007 by guitarist Olof Mörck and vocalist Jake E., Gothenburg, Sweden’s AMARANTHE have carved their name into the annals of metal in capital letters. Band with an exceptional vision right from the outset, Amaranthe are an institution; trailblazers of a genre they almost single-handedly forged.   According to some sources “melodic death metal” and somewhere else pegged as “metalcore” Amaranthe keeps driving genre purists loopy. Sporting three singers, each with characteristics of their own, Amaranthe constantly defies pigeonholing and sound like no one – and nothing – else. Morten Løwe Sørensen’s rhythmic thrust and Johan Andreassen’s booming low-frequency assault lay the foundation to Olof Mörck’s surgically precise, almost machine-like guitar riffing and layers of lush, contemporary keyboards. Timeless, glistening pop choruses coated with an icing of three layers of sublime singing from Elize Ryd’s emotive, angelic voice and Henrik Englund Wilhelmsson’s screams combine for a mix of edgy, powerful melodic music that is not only unique and unforgettable, it’s trend-setting and inimitable as well. Amaranthe has already proved they’re the next step in the evolution of metal.
The band’s fourth album “Maximalism” was released in October 2016. The album charted everywhere, reaching #1 on the Billboard Heatseakers, Top 100 Billboard, #3 in Finland and even charted in Canada. Maximalism took a small, tiny step closer to pop on some of the songs, with the first single “That Song” managing to incorporate pop with metal. Other singles “Fury” and now the latest, “Boomerang” have all received massive radio play and even larger Spotify plays.
For more information, go to:
http://amaranthe.se/
https://www.facebook.com/AmarantheBand/

Dutch symphonic rockers DELAIN have been releasing and performing their signature catchy melodic metal sound worldwide for nearly a decade now. The five albums on their name include guest performances from the titans of the scene, among others: Sharon Den Adel (WITHIN TEMPTATION), Marco Hietala (NIGHTWISH), Alissa White-Gluz (ARCH ENEMY), Burton C. Bell (FEAR FACTORY).  Having toured the globe with bands like NIGHTWISH, SABATON, WITHIN TEMPTATION and KAMELOT, and having rocked festivals like WACKEN, GRASPOP and FORTAROCK, DELAIN have strongly carved their niche within the scene.  After touring South America, the US as well as extensive EU tours with their album THE HUMAN CONTRADICTION, their latest chart hitting full-lenght MOONBATHERS opened new doors for DELAIN as they performed their first US/CAN headline tour in the spring of 2017. This summer will see the release of the bands 10 year anniversary live DVD/Blu-Ray CD and Vinyl through PledgeMusic, after which the band will embark on an exclusive EU tour with Marco Hietala from NIGHTWISH dubbed the Danse Macabre tour. If all of that isn’t enough; the band is now announcing a much anticipated return to South America. With all releases, tours and festivals ahead, one can only fathom what the year 2017 will bring for DELAIN!
Find out more in:
delain.nl
facebook.com/delainmusic
twitter.com/delainmusic
instagram.com/delainofficial
open.spotify.com/user/delainofficial