The House of Culture Kulttuuritalo was designed by Alvar Aalto and is considered to be one of his main works.
The building including a concert hall was opened in 1958.
Famous artists who have played in this historic venue include Jimi Hendrix, Led Zeppelin, Frank Zappa, Queen, AC/DC, Tina Turner, Metallica, Iron Maiden and Lady Gaga among others.
To celebrate it’s 60th anniversary, Tarja and the Vantaan Viihdeorkesterii joined forces for a unique cross over and classical program that will include some of Tarja’s own songs on March 23rd. 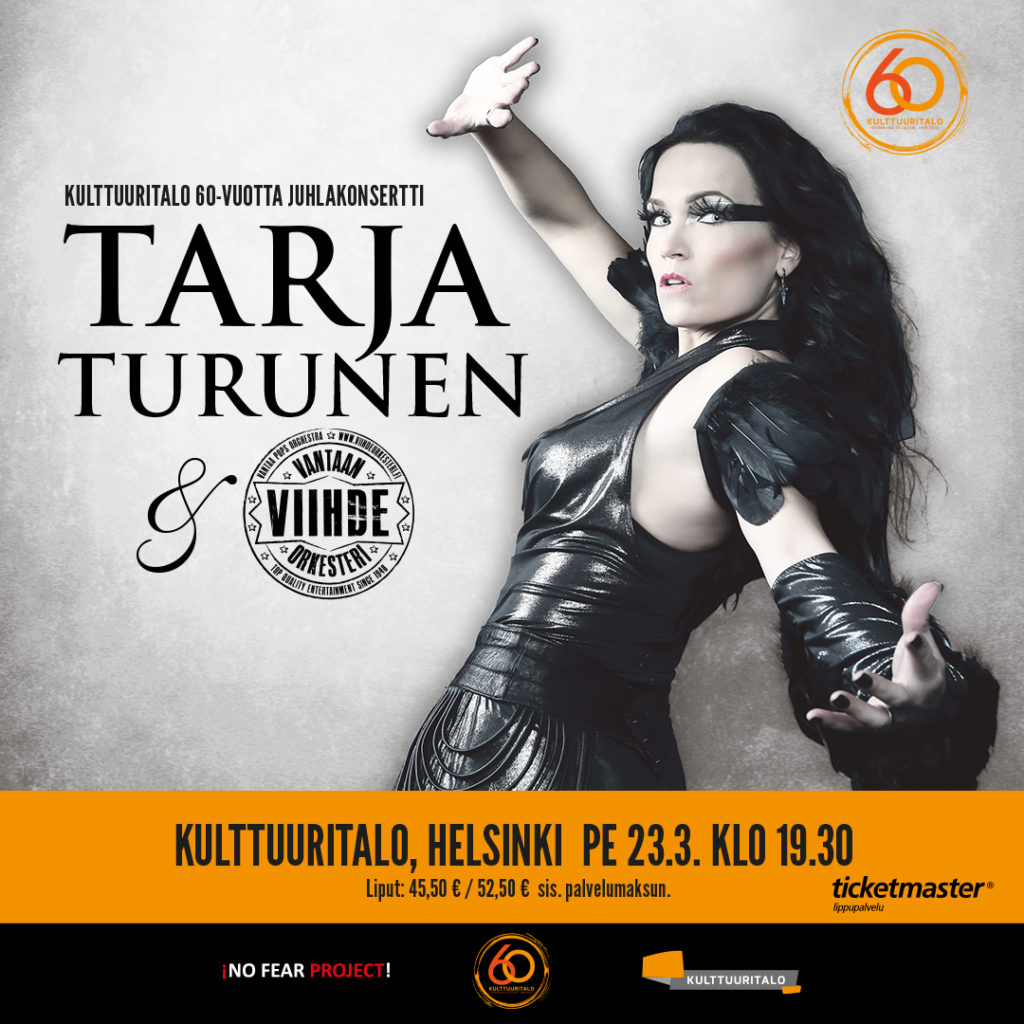